Canadians made 65.8 million trips in Canada and abroad in the first quarter, spending $19.1 billion: StatsCan 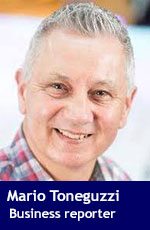 Alberta appears to be a popular destination for Canadian travellers.

According to new data released on Monday by Statistics Canada, Canadian residents made 56.3 million trips to destinations in Canada in the first three months of 2018, 69.5 per cent of which were same-day trips.

“Ontario, Canada’s most populous province, recorded 23.3 million visits during the quarter, or about two-fifths of all domestic visits, followed by Quebec (12.2 million visits) and Alberta (6.9 million visits).

“Visiting friends and relatives was the most common trip purpose, accounting for 44.5 per cent of all domestic trips during the three-month period,” said the federal agency.

It said Canadians made 65.8 million trips in Canada and abroad in the first quarter, spending $19.1 billion. While 85.6 per cent of these trips took place within Canada, Canadians actually spent the majority of their travel dollars on trips abroad (56.9 per cent), added StatsCan.

“Expenditures on domestic travel totalled $8.2 billion. On average, travelling Canadians spent $146 on their trips inside Canada, substantially lower than average spending on their trips to the United States ($863), and less than one-10th of what they spent when travelling overseas ($1,680),” it said.

“Food and beverages in restaurants and bars were the largest single expense item (23.1 per cent), followed by accommodation (21.0 per cent) and vehicle operation expenses (14.5 per cent).”

Statistics Canada said Canadians made 6.2 million trips to the United States in the first quarter, spending $5.3 billion. Accommodation was the largest single expense item, accounting for 38.3 per cent of total travel expenditures.

“Almost half (48.2 per cent) of all trips to the United States made by Canadian residents during the quarter were for pleasure and leisure.

“Ontario residents accounted for about half of all the trips to the United States, followed by residents of British Columbia and Quebec,” it said.

“During the first quarter of 2018, Canadian residents made 3.3 million trips to overseas countries (countries other than the United States).

The most commonly visited countries were the sun destinations of Mexico (793,000 visits), Cuba (409,000 visits) and Dominican Republic (274,000 visits). Pleasure and leisure were the main trip purpose reported by seven in 10 Canadians making trips overseas during the quarter. Spending by Canadians in overseas countries totalled $5.5 billion during the quarter. Accommodation (46.3 per cent), and food and beverages in restaurants and bars (22.6 per cent) accounted for the largest share of Canadians’ overseas travel expenditures.

Mario Toneguzzi is a veteran Calgary-based journalist who worked for 35 years for the Calgary Herald in various capacities, including 12 years as a senior business writer.