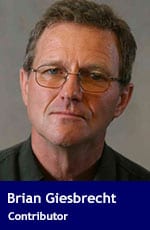 Derek Chauvin is the Minneapolis police officer who achieved international notoriety for his role in the death of George Floyd.

A video showing Chauvin kneeling on Floyd’s neck for nine minutes, as Floyd pleads that he can’t breathe, has been viewed millions of times around the globe.

Floyd’s death sparked months of protests, rioting, looting and burning throughout many American states and spilled over into Canada, Britain and other countries. Many lives were lost, directly and indirectly, as a result of the protests, which also caused billions of dollars in property damage.

Chauvin’s trial is underway in Minnesota, where the incident took place.

Chauvin is charged with second- and third-degree murder and second-degree manslaughter. For the murder charge, the state doesn’t need to prove that Chauvin intended to cause Floyd’s death, but it is necessary to prove beyond a reasonable doubt that Chauvin caused Floyd’s death by assaulting him. It’s referred to as the “felony murder rule.” The second-degree manslaughter charge is a lesser charge, basically requiring proof of reckless disregard.

Since Floyd’s death last May, the mainstream news reporting of the incident has overwhelmingly been that Floyd’s death was the result of police racism. The narrative is that a racist Chauvin caused Floyd’s death by kneeling on Floyd’s neck. However, there have always been many reasons to doubt that story.

In the first place, there doesn’t seem to be evidence of racism.

Secondly, there’s plenty of reason to doubt that the knee on the neck was the cause of death. Floyd allegedly had enough fentanyl in his system to kill him, as well as methamphetamines.

The defence counsel doesn’t even have to prove that suggestion, just raise the possibilities. The onus is on the state to provide proof beyond a reasonable doubt of its charges against the accused.

FROM THE ARCHIVES: The year the world finally said, ‘Enough is enough!’ by Gerry Chidiac

A very important video sheds light on Floyd’s behaviour after the police first detained him for allegedly passing a counterfeit $20 bill. The video strongly suggests Floyd was high, although he denied several times to police that he had ingested any illicit drugs.

What’s clear is that the mainstream media’s story advanced relentlessly since May – that a racist police officer killed Floyd by kneeling on his neck – is very different from the story the jury has heard. The evidence they have to deal with tells a much more complex story.

Of course, there’s a question of whether it’s even possible for Chauvin to receive a fair trial. Every juror knows that an intimidating mob is waiting outside that courthouse – a mob that will accept nothing less than a murder conviction. Is it even possible to find impartial jurors under these conditions? Is it possible for a judge, who knows that the streets will erupt if he doesn’t do what the national mob is demanding, to do his job properly?

In a fair trial, it’s unlikely that Chauvin will be convicted of second-degree murder, while the third-degree charge doesn’t seem to fit.

If Chauvin is acquitted of the murder charges – and the mob doesn’t get what it wants – there will almost certainly be protests, rioting, looting, burning and quite possibly deaths. It’s also likely there will be claims that the jury and the entire system are racist. The judge and every member of the jury are aware of that likelihood.

How much responsibility will the mainstream media have for creating this mess and the carnage that will likely follow?

They will be responsible for much of it. They have blood on their hands. Most of the exculpatory evidence introduced at the trial was known long ago. If Chauvin is acquitted of the murder charge, a public, persuaded as it has been by the mainstream media that this was basically murder by a racist cop, will probably react badly.

The mainstream media in America is reckless and irresponsible on issues of this kind. They want to advance their agenda and insist on doing so in blatant disregard of the facts.

The press almost universally reported about the “unarmed black man” shot by the police. At the time, there was ample evidence that Blake was armed. And Blake later admitted that he was armed with a knife – just as police said all along. The police shooting was perfectly justified.

This pattern was established long ago.

At some point, the American mainstream decided that advancing their narrative trumped their duty to report the news honestly and objectively. The modern journalist became a social justice activist.

The central false narrative that the mainstream media has pushed in all of these police shooting cases, of course, is the Black Lives Matter (BLM) dogma that the police are routinely shooting unarmed black men.

This narrative is simply not true. There are at most a handful of unjustified shootings per year, and yet the public believes there are thousands. That completely distorted belief is a direct result of recklessly inaccurate reporting by the mainstream news.

Exactly how much damage this distorted reporting has done in terms of lost lives, ruined careers and property damage will probably never be known. But rather than apologize for their egregious reporting and setting the record straight, the media continues to perpetuate this false narrative.

The media doesn’t apologize because it uses these incidents to tell the story it wants to tell – that white America is oppressing black America.

That story has been used to construct a virtual equity industry. Affirmative action programs are now ubiquitous. Universities and other government and non-government institutions are hiring people based on race rather than merit, and highly controversial critical race theories are being taught in schools throughout the land. Employees are forced to take courses in anti-racism.

And we see Canada’s mainstream media imitating their southern neighbours.

He was the Saskatchewan farmer who shot and killed Colten Boushie, a young Indigenous man. The initial reports of that death were of a man who wanted help to fix a flat tire but was gunned down by the farmer he asked for help.

Almost immediately, it became clear to those who sought out accurate information that this simplistic story came nowhere close to truthfully describing the incident. Boushie and his friends were intoxicated and intent on stealing a vehicle after they damaged theirs.

They first attempted to steal a truck at a farm close to the Stanley farm.

Then they moved to Stanley’s farm. In broad daylight and directly in front of Stanley and his family, they started and drove one of Stanley’s vehicles. Boushie, with a loaded rifle beside him, drove directly towards Stanley’s wife. Stanley, not knowing whether his wife had been hit, somehow shot Boushie.

That’s the evidence the jury heard. It was definitely not the story of the innocent young man wanting help with his tire that the mainstream media had peddled. The jury acquitted Stanley.

Up to the minute of the trial, the media – particularly CBC – told a completely untrue story. This erroneously gave the Canadian public the impression that their justice system and the people of Saskatchewan were racist. Essentially, the false media reporting was race-baiting sensationalism.

The Floyd and Boushie cases are examples of how media bias causes real harm. Journalists with agendas are worse than no journalists at all.

The mainstream media’s biased reporting in the Boushie case is typical of reporting on Indigenous matters generally. They take a protective attitude and insist on shielding contentious issues from the hard-nosed approach they take to other issues.

Our media wants the Indigenous story to be similar to the story the American media insists on telling about racism in America. But the stories are very different. America is struggling through its painful history of slavery. Canada only had a small part in that story.

Canada’s treatment of our Indigenous people includes much that was racist and wrong. But we simply don’t have the violent and bloody history that occurred south of the border.

None of this is cause for smugness, but it does mean we should not be imitating the racial angst playing out to the south of us. Our media wants to pull us in that direction but we should not follow them. Canada is not a systemically racist country, and the radical racially divisive remedies being trotted out in America aren’t something we should copy.

The result of the biased reporting in America is the deadly drama that may soon play out on their streets after an enraged mob doesn’t get the hanging-tree justice they had in mind for Chauvin.

In Canada, the media will continue to tell Canadians this is a systemically racist country that must atone for its sins. They will continue to inject their bias to advance their agendas instead of honestly and objectively reporting the news.

There was a time when journalists took pride in their ability to objectively give Canadians the news.

Only bad things happen when the news media doesn’t tell the truth.

Brian Giesbrecht, retired judge, is a senior fellow at the Frontier Centre for Public Policy.

Brian is one of our Thought Leaders. For interview requests, click here.